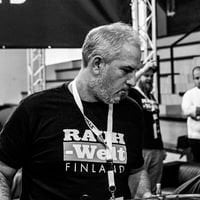 Cheating in an New way

By Sven35i, January 19 in General Discussion