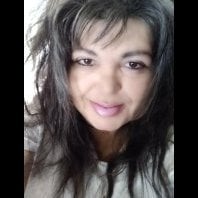 What Are You Listening To Today?

I'm listening to this, lol as I wash the dishes..hahaha...

My wife bitching in my ear!!!