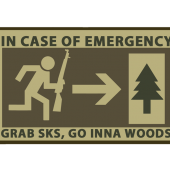 Ok 23 members to this club at this point. Is XI planning to jump on this game and have a server?