Jump to content
Come try out our new Arcade we just put up, new games added weekly. Link at the top of the website ×
Followers 2 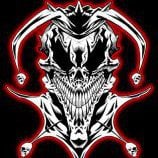 Prayers for my dad please?

This topic is now closed to further replies.
Followers 2
Go to topic listing
×
×