Jump to content
Come try out our new Arcade we just put up, new games added weekly. Link at the top of the website ×
Followers 4

I am leaving XI

This topic is now closed to further replies.
Followers 4
Go to topic listing

I do not understand? Do we have COD MW2 dedicated servers with Mods and Admins and such? If this happened on a global server why are you leaving XI due to unwarrented harassment??? You just quitting g 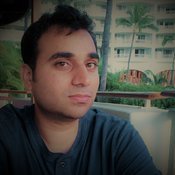 Have you tried playing badly... it helps to stroke other people's ego, especially the ones who are not that good in this game.

I don't know about you, but this life is a limited-time offer, & I'm not wasting one minute of it concerned in any way about what someone said to me the other day... or the other year.